WWDC is getting less exciting as the innovation begins to get less innovative. I'm personally no longer shaken by the new releases of iOS since version 7, which was the last real iOS that I could say was exciting. Since then Apple's software releases have become less exciting and certainly don't hold the same level of innovation.

Anyway, WWDC last night was the moment Apple dropped the name OS X and named it macOS. So now, my Mac will no longer run on OS X but on macOS. The new version will be known by the name macOS Sierra. I'm happy to say the inclusion of Siri is something that I am excited about. This is something OS X should have had a long time ago.

iOS 10 is opening up to developers and third-party apps more and more. First off, Siri is being given an SDK and opened to developers so that apps can take advantage of the power of Siri. Third party developers such as WhatsApp will have more power over the iOS device too.

The most interesting part however was with tvOS. I feel that Apple has made a few crucial updates such as the new dark mode, which you may think is not crucial but let me tell you, it is. There was also the addition of the new single-sign on option for different apps stream through cable TV.

Overall, WWDC 2016 was very lackluster and one of the least interesting WWDCs of all time. A lot of this is down to the fact that Apple have run out of fresh innovation since they've already implemented most of the important features of our smartphones - all they do now is move things around. 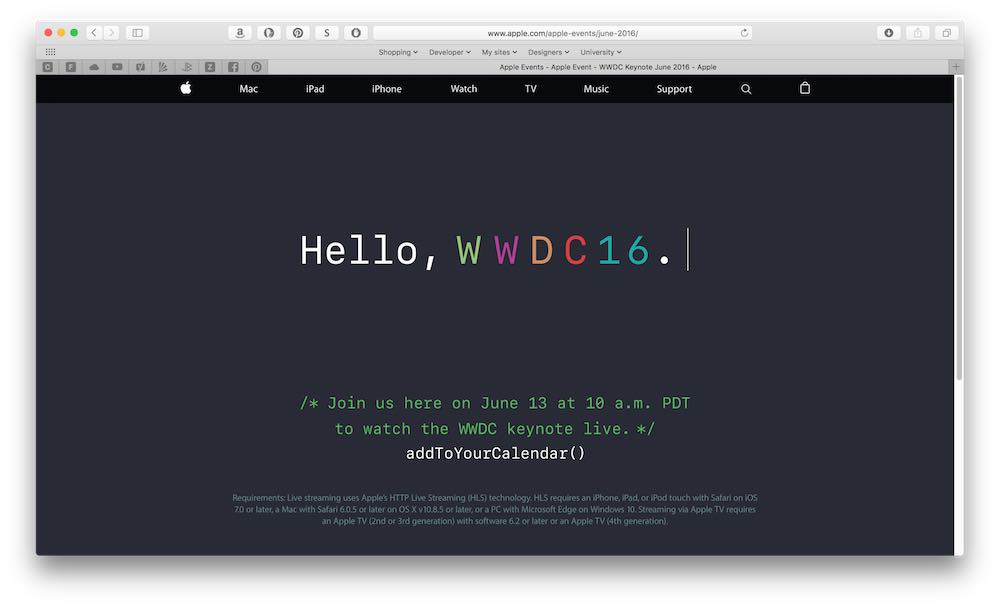 Today is the day. WWDC 2016. Have you thought much about what we might expect?

One of the main things that I am expecting is Apple finally dropping OS X and naming it macOS (stylised exactly like that). Doing this would make macOS feel right at home with iOS, tvOS and watchOS.

Of course, iOS 10 is expected and OS X 10.12 (or macOS 10.12). Apple will probably also announce tvOS 2 and watchOS 3. Also, there may be a few more watch straps announced today. With macOS 10.12 I am expecting that Apple will finally bring Siri to us Mac users.

Anyway, that's my thoughts. Let me know what you think below.

My blog all about BalfBlog, which was formerly the BalfBlog blog has been renamed my Project blog. This blog will no longer focus solely on BalfBlog, but it will now discuss all of my projects.

On that subject, whilst ZPE is one of my main projects, it will not really be discussed too much on this blog since there is a dedicated blog on the zenlang.net website. I think it would be wise for me to keep submitting there rather than at both places.