Here is some very simple BlackRabbit Script code that is used to perform multiple tasks. Can you figure out from the simple commands what it does at each point?

BlackRabbit Script
BlackRabbit Script is no longer maintained and has been replaced by the Zenith Parsing Engine and the ZenLang.
Posted by jamiebalfour04 in Software
brs
sample
example
test
showcase
View comments
Apple Store on Princes Street opening
13Oct2014

Saturday the 18th of October 2014 is the date set for the Apple Store's opening in Edinburgh. The Princes Street store has been long awaited and is set to be a wonderful addition to all the Apple Stores across the world. I cannot wait myself! 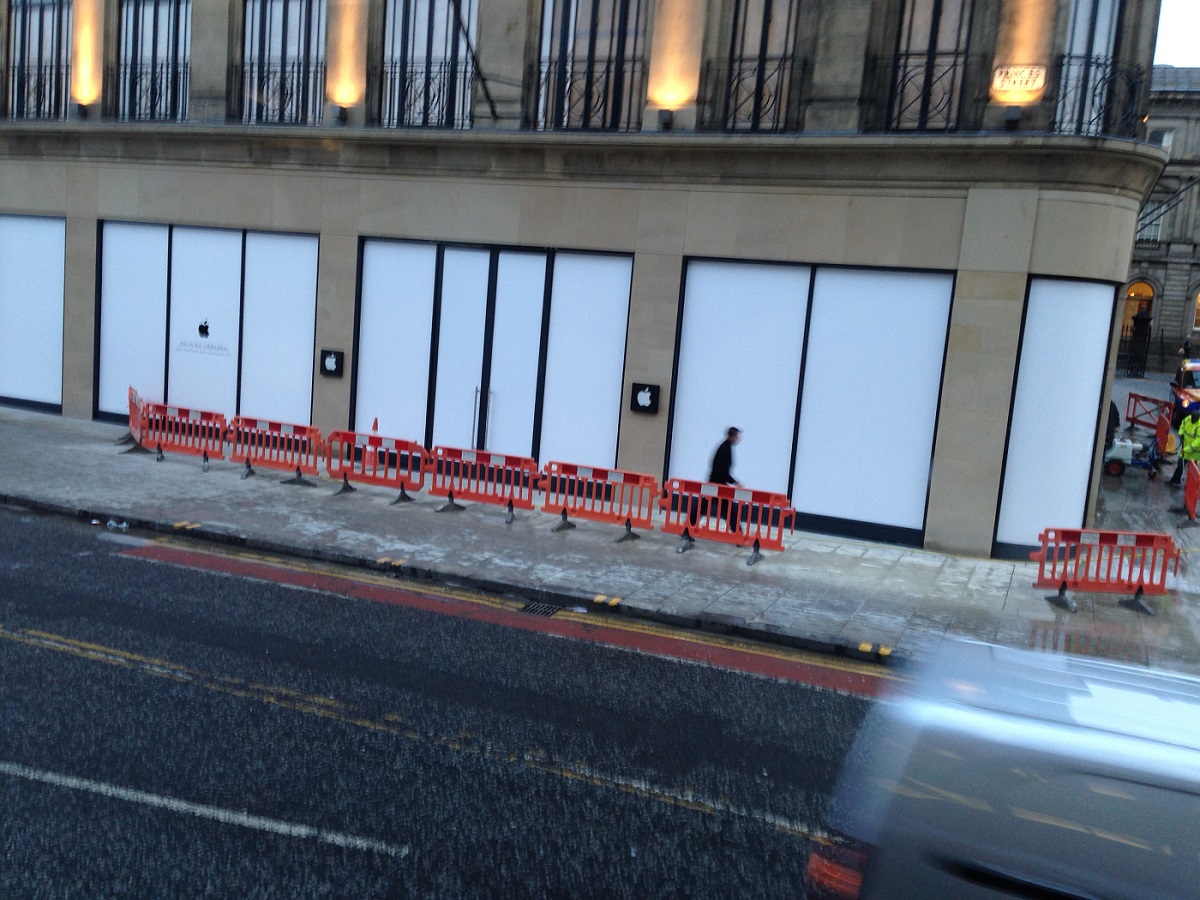 Posted by jamiebalfour04 in Tech news
apple
princes
street
opening
18
october
2014
View comments
What will we expect at the next Apple Event?
13Oct2014

It's not new news that Apple is having it's next major product event on the 16th this month. I along with others am very excited and cannot wait to see what gets released.

For starters, the iPad will probably receive an update. Some believe that the way Apple will amalgamate the MacBook and iPad is by releasing an 'iPad Pro' - a larger and more powerful iPad. Others believe it also may run on a combination of Mac OS X and perhaps iOS as well.

Another major announcement could be the final release of Mac OS X Yosemite (for those who do not know, this is pronounced yo-sem-it-ee) which is currently in it's 5th beta release.

Another possible release is the iMac with Retina display. This has been a long awaited upgrade for the iMacs which are falling behind their mobile counterparts because of this. A Retina display would up the resolution on the 21 inch model to about 3840 by 2160 and the resolution on the 27 inch to about 5120 by 2880 if they doubled pixel density again.

A final possiblity is the release of a new Mac Mini. Apple's affordable bring your own keyboard, mouse and display Mac for all has not been updated since 2012. It's a shame for me because I really wanted a small Mac desktop that I can use particularly for storing data safely. If the Mac Mini is re-designed, it will likely look like a small version of the (in my opinion) ugly Mac Pro, which will likely mean that all ways of expanding the system will be completely removed - which would be sad.

Until then, we'll just have to wait, only three days to go!