EventPanel, a Jambour Digital product was a project that I had the joy of developing two and a half years ago. It was not an easy task but was incredibly rewarding to finish.

Its origins go back to one of Jambour's first clients who required an event management system within their website. As a result, the system was tailored to the client's requirements. It was tightly integrated into the Sahara ecosystem which all websites are. It's development focused on simplicity rather than flexibility and as a result, the finished product met the original requirements to a T. But it was very static. New features were added and they were easy to add, but they were often niche features that were specific to one client.

In 2020 we at Jambour launched a separate product designed to replace a considerable chunk of the original websites code base. The product was called EventPanel and whilst it appeared the same as the original website, the underlying implementation was somewhat different. The new implementation was designed to make modularity the key focus of the design so that new websites could be developed faster than ever. Version 1 definitely did this to the degree that it could be used across multiple websites. But it still had a solid static feel to it and not a dynamic feeling to it.

Version 2 aims to improve this by building upon the foundations that version 1 set out. Version 2 gets rid of any ties to specific designs and reduces any club membership event to one of four kinds:

These were outlined as functional requirements of the original client's specification that have slowly made it into the new specification for EventPanel. As such, we've also modularised the databases so that they aren't tied to one club.

Today is a major leap in the history of Apple Silicon! Microsoft Office apps are now fully optimised for the Apple M1 based Macs!

Running them is a breeze and they start instantly - even shorter a wait than I had before. This native support will not only improve performance but also improve battery life whilst they are being used.

This is a monumental step forward for Apple Silicon.

Visual Voicemail is now available on the Vodafone phone network on iPhones. Yesterday when I was about to press the Phone Voicemail button I have grown used to I realised I had something different. This is the first time I have had Visual Voicemail since my original iPhone back in 2009 with the O2 network.

Posted by jamiebalfour04 in Tech news
visual
voicemail
vodafone
iphone
View comments
Is anyone else as excited about Chrome 76 as I am?
21Jul2019

Chrome 76 is a big update. That is in my eyes it is. That's because it adds several new features that benefit a huge number of things on my own website and finally, dark mode is coming to Chrome just like Edge, Safari and Firefox.

Another major feature coming to Chrome is that of background-filter: blur which allows the glass kind of effect from Windows Aero to come to the web - use cases for this kind of feature are quite limited in flat design but can be used when displaying a box above another, adding a bit of blur to the background helps make it more readable, sidebars that float over can definitely benefit from this feature and much more.

I use both features on my website for different purposes - but they are trivial and have fallback solutions so that older browsers do not miss out.

So in 9 days, according to the Platform Status page, Chrome 76 will launch and I hope that everyone gets their hands on it as soon as possible.

I was extremely pleased to see Alan Turing being put on the UK's new £50 note. What's more impressive, however, is the attention to detail in this note. 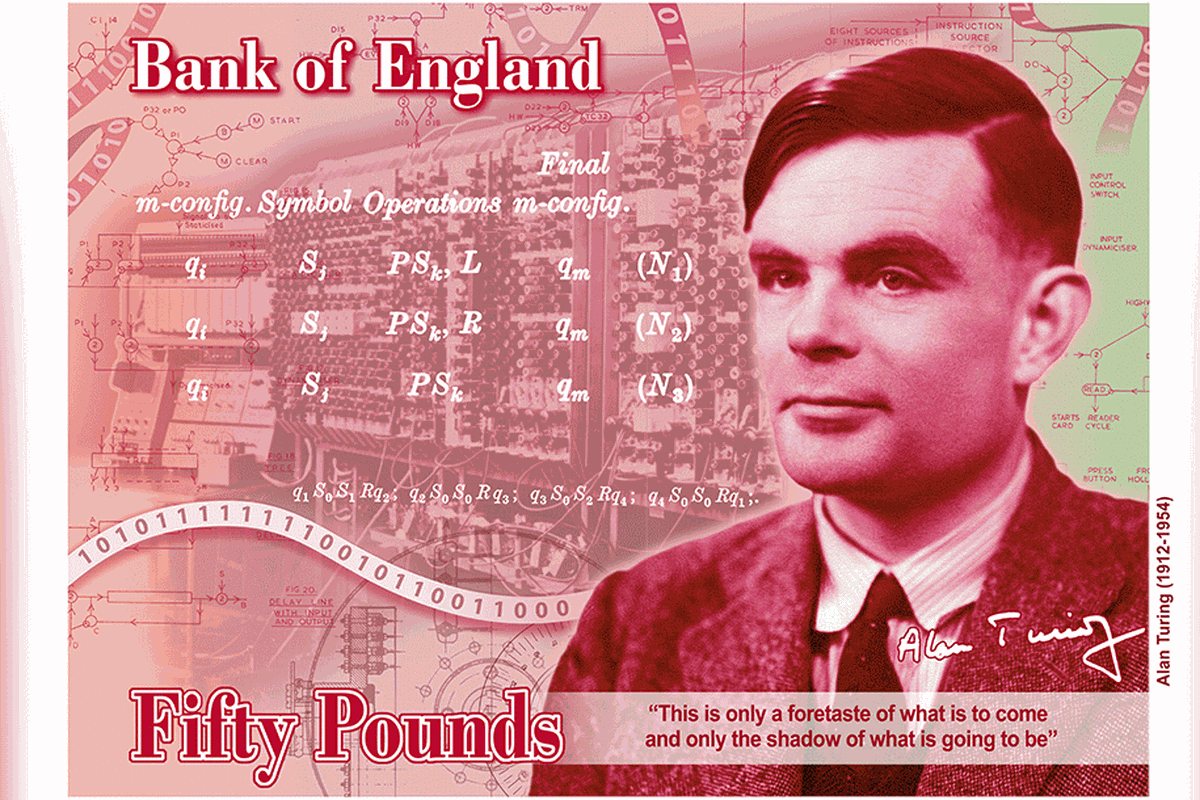 I found this out from a friend who sent me the following Tweet:

I just got a nice little shiver when working out whether the binary on the ribbon of the new £50 banknote meant anything.

I remember all the hype when Intel announced it's Itanium processor. I was about 10 years old when I heard that the world was now moving from what seemed like the pretty new 32-bit architecture to a new 64-bit future. I remember reading about it in some magazine I used to read when I was young and finding all the details. It seemed like Itanium was it! Intel's Itanium which had been announced to be coming from the work of both HP and Intel for use in the server market seemed to be that future the computing industry needed. Except it wasn't.

But latterly, and even when I really got into computing science when I was about 13 years old, Itanium has struggled. Intel's main competition, AMD, released the AMD-64 instruction set that we all use today all the way back in 2000. It took Intel a few years to agree to follow the same instruction set since it was backward compatible. There was no doubt this was the heyday for AMD - a time when Intel was trying to copy everything AMD did.

Intel has focused on the Xeon range for their enterprise market and Itanium has suffered as a result.

But now Intel has announced the end of the line for Itanium, and rightly so. It was something that should have gone a long time ago. On the 30th January of this year, Intel officially decided to pull the plug (or at least begin to pull the plug). There is more here.

Another big release by Apple kept completely quiet. Yep, Apple has updated the MacBook Pros with huge performance improvements and yet again just don't mention it to the public.

The new range of MacBook Pro feature the new eighth generation Core processors from Intel, so they should get a performance improvement. Apple also offers larger storage options now.

Anyway, the top end model as configured allows you to have a Core i9 and 4TB of storage in your overly priced laptop! What a world we live in where you can spend that sort of money on a laptop (PS: I own a £2,500 MacBook Pro and I feel it's been worth every penny, but that's as far as I'd go)! 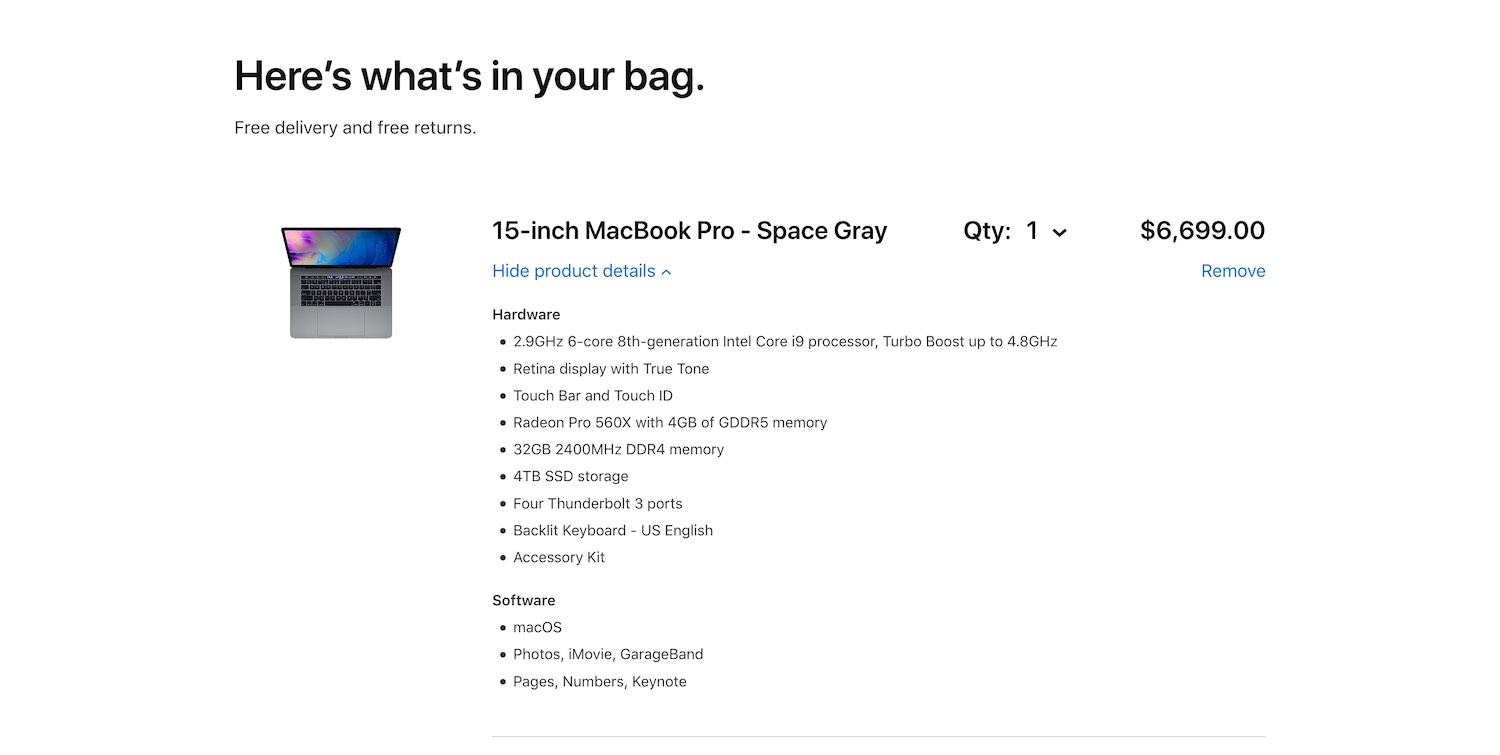 Of course, I can't see myself going for a top model like that since it is around $6,700 so it'll be about that in GBP as well and I just don't see a MacBook Pro being worth that sort of money.

I am not saying smartwatches are finished, but if you look at the figures they are hugely on the decline. According to one report, only 2.7 million devices were sold in quartile 3 in 2016, with Apple still at the top with 1.1 million shipments. Garmin is the only manufacturer to be actually increasing market share, with Apple being the biggest loser here.

The thing with smartwatches is that most people probably do not need them. This is the main reason behind me not buying one because I could see it becoming something that would never see any use. I understand it saves people time when you get a text because you don't have to reach for your pocket to get your phone, but that just doesn't appeal to me.

Now then, the question is, how much longer will Apple continue to make smartwatches? Sure when Apple Watch 3 comes out it might attract a few million customers, but Apple Watch 2 failed to amaze the world, instead just leaving a disappointed feeling. According to the original report, Apple's Q3 sales have not been great for the Watch, which reinforces the point made by Trusted Reviews about its lack of new features. At the moment, sales of the Apple Watch 2 are more likely to be to new users than original buyers, since the second iteration doesn't add a massive selection of new features, and I guess the same will be the case with the Apple Watch 3. Once everyone owns at least some smartwatch, it will be very difficult to sway them to another one - it's just not like the smartphone market.

Since 2007 when the iPhone took the world by storm mobile web browsing has continued to grow in it's user base and now for the very first time it has overtaken desktop browsing. Of course, this is based on just one figure, but it's now very understandable as the users of smart phones are at their highest.

Whilst I'm not surprised about the situation in relation to my own website since it has been this way for the last 3 or so years with my website (more than 60% of requesting coming from mobile devices), I do regret that my recent developments on my website have focused on the desktop browser a lot more than mobile (not to say that my mobile website isn't perfect anyway) in the hope to revive the desktop version of my website. As I mentioned, all of these updates will likely be to no avail since the majority of users across the web are from mobile devices and it will likely keep going that way.

Now Google's proposal, which later became requirement, that all websites must implement a mobile version makes far more sense. Why rank a website highly when it doesn't support the most used platforms?

You can find more about this at alphr.com.

Heriot-Watt University, the university I received a First Class Honours degree from, celebrated it's Royal Charter in 1966, making 2016 the 50th anniversary of this event. I was a graduate of this university at this time.

It seems like almost all of my time at university I've been celebrating some anniversary, first Alan Turing's 100th birthday, then 50 years of James Bond, then the Royal Charter and then the first Computer Science degree in Scotland.

I'm proud to have my degree from this university and to have stuck with it for the four years, despite the number of times I had considered quitting.