How can USB-C and Thunderbolt coexist?
29Apr2016 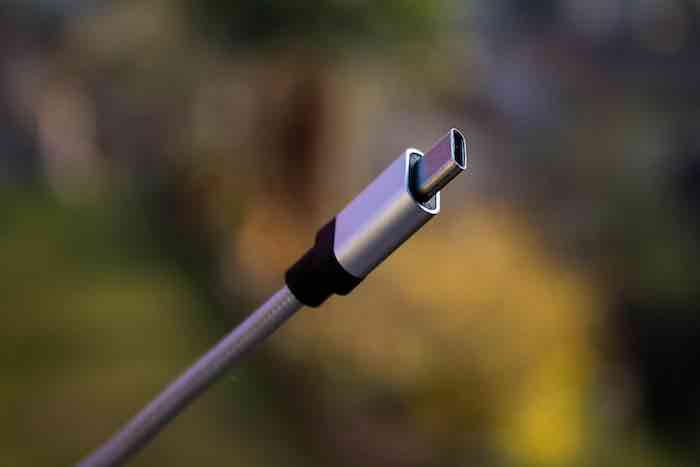 The future of physical connectivity in computer systems looks very limited. One day in the future I can foresee all devices connecting with a connection not too dissimilar to USB Type C. The reversible USB connector that was released a year back with the new MacBook was received with both positive and negative responses. For me, it was an incredibly positive product since it does a lot of things in one.

Apple just didn't get it right by releasing it with just the one connector. At the moment, adapters are still not everyone's cup of tea. In fact, for most people, adapters never will be a good solution.

Anyway, the main point of this post is not talking about the MacBook, it's talking about something that I feel strongly about, physical connectivity.

One connector for all...

I don't really like this one connector for all since I've always liked the idea of different connectors for everything.

You know, I remember when I made the switch to FireWire over USB about 7 years ago, I thought that buying all my drives with FireWire would be great since it's going to be the future of data connectivity. I know I was late in coming in, but I didn't expect it to be removed from all of my devices within a few years! I mean take my Macs for instance, my Retina MacBook Pro does have a Thunderbolt to FireWire adapter available, but this isn't ideal and it's expensive. My Mac Mini does have a FireWire 800 connector on it but the new models also require the adapter since they no longer feature FireWire on them. My PC is just as annoying however, since it doesn't even have a FireWire header on it. My previous PC (the Zebra, built in 2011) featured a Gigabyte GA-Z68X-UD3 motherboard which had 3 FireWire connectors (including headers) and then all of a sudden, an upgrade 2 years later to a Gigabyte GA-Z87-UD3H motherboard and a Haswell architecture, and I've suddenly got no FireWire connectors.

Actually, one of the most annoying things is all of my PCI cards (not PCI-Express) which I've been using since about 1998 when I got my first PC, including a really old, but still useful, video capture card (circa 2000), no longer work on my system since there are no free PCI slots in my system (I have a serial port card and a TV tuner in them).

A single connector for all also bring about the concern of overloading buses or whether or not everything is polled (as USB is). Speed can become an issue when one connector is used for everything.

However, one connector for all is a good thing too, since every device you use will use that connector and it's easy to remember what you need to use the device (i.e. a USB-C cable). But many companies, such as Apple, are difficult and try too hard with their own connectors and make the one for all difficult. Look at the Lightning connector for example, every other smartphone uses Micro USB 2.0 or Micro USB 3.0 meaning you can share your charger with any other smartphone user; that is everyone except iPhone users. It never works. One for all is too difficult.

Complications also arise when you are working with very specific applications. I for one still use the 1980s RS232 standard for many things such as electronic circuit boards for experiments (although I'm looking into using a RPi for this in the future) and for control commands for my projector. With a connector like USB-C, this becomes more complicated since RS232 was a highly simple connector, it becomes harder to emulate old standards.

Another even more annoying thing is having to buy an adapter to make it work with your older devices such as serial port devices. These devices may be hard to come by, but the bigger issue is if we end up needing all these adapters we've got to pay for them, and more specific adapters will probably be fairly expensive.

Here is a comparison table showing how Thunderbolt has changed over the years:

Notice any similarities between Thunderbolt 3 and USB-C that was announced on the new MacBook? That's because they will likely merge.

Here's my solution: make the one connector for all a reality, just keep the old connectors alongside this new connector, thus giving people, like me, the option to use older connectors without needing to buy the adapter. This keeps costs down, but also leaves users of older devices able to continue to use them. Don't cut out USB Type A and replace all mice and keyboards with USB-C connectors.

We cannot live in a world where we need to keep all of these dongles for everything, it's simply ineffective and expensive, especially when one breaks down. I believe because we have come from a world of loads of different connectors into a world wanting a single connector for all that we will be faced with many problems. This is particularly the case with industries such as the music industry, where devices of today really lack in the connectivity side of things. I mean the world got rid of the Gameport (or MIDI port) without any major problems, but for those who had purchased MIDI devices that used the Gameport-style connector as the input, they had to go out and buy adapters or get new devices. The change can come on too rapidly, especially for some. The slow but very painful disappearance of FireWire in the last few years has made it's mark, even for me since I can no longer connect my FireWire drives to my PC (I can with my Mac mini thankfully). And now companies are phasing out audio jacks and in particular the multi audio jack system, and all in favour of USB or single audio jack solutions.

Live posts/live blogs are a thing now and while BalfBlog has had them since late 2014, they are really not well enough implemented to be used. A friend on mine suggested a new way to bring these to BalfBlog and in the near future, they will come to BalfBlog. For now, checking the box to make a post live does nothing anymore.

Hidden posts on the other hand are getting more emphasis. Now hidden posts can be changed from the dashboard (before now I only had these in for my own use). Posts can be hidden when you don't want to publish at the very second you leave the page, and then they can be revealed again by just changing a box.

These new features aren't exactly amazing, but they are pretty damn important.