For a long time, Mac users have used Parallels Desktop as the virtual environment to run Windows and Linux within.

Now that Parallels Desktop 10 has been released, Mac users have another new version of the most popular virtual machine manager.

This review is just going to look at what's good about Parallels 10 in general.

Using a virtual machine can be useful if you have software that only runs on Windows but you only have a Mac because it will let you run it in the virtual machine.

Parallels is available for £45 (at the time of writing) but remember that in order to use Windows 7 or Windows 8.1 you will need to fork out the full price of Windows.

From the main interface of Parallels Desktop, you can choose to install several operating systems in virtual machines by selecting the operating system from a list which as of the time of writing contains:

Of course, installing another operating system that is not listed is also easy. The system should be in an ISO format, which will then just run as if it was running on the computer. 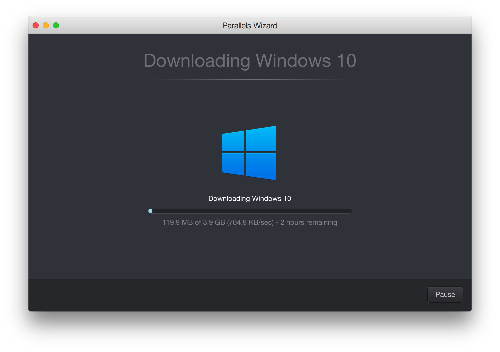 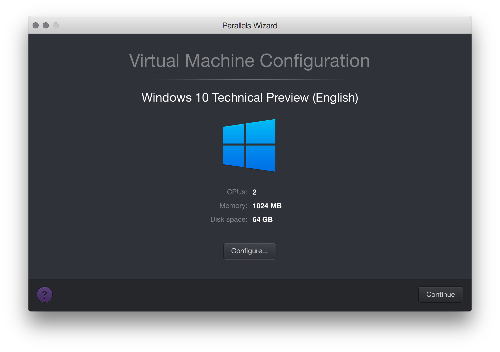 Select Configure to set up the system 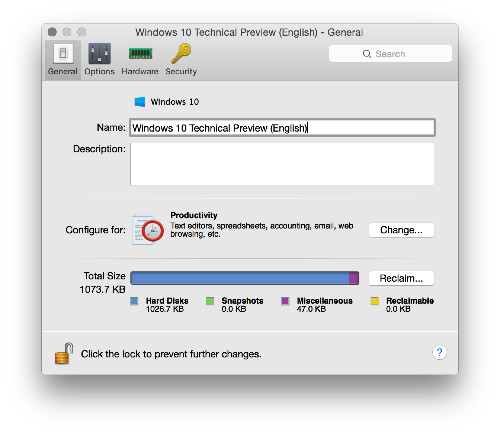 Give the virtual machine a name and description 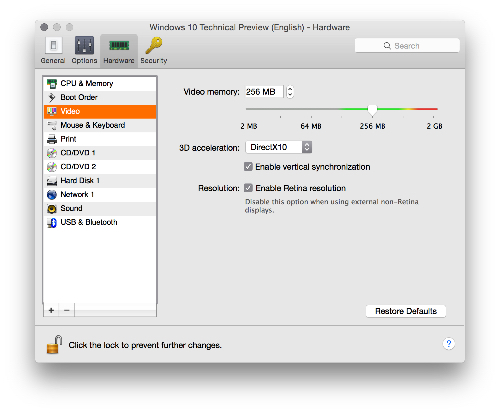 And select all the other options, including video, for this virtual machine

Parallels works well with Mac OS X 10.10 (Yosemite) in that it permits Windows to take advantage of Yosemite's Handoff feature. Handoff, as you will probably be aware, was introduced in Yosemite and allows you to make phone calls using your iPhone on your Mac, provided your iPhone is nearby. It also allows other cool things like switching to your iPhone half-way through a document.

Parallels permits making phone call from Windows using Handoff. It also allows many other OS X based features to be fully utilised such as AirDrop, iMessae and sending mail using the Mail app in OS X.

One of the things that Parallels excels in is it's performance.

Parallels is one of the best virtual machine hosts for gaming on a Mac using a Windows-based virtual machine because it has options that allow it to take full advantage of discrete GPUs such as those found in the 15" retina-based MacBook Pros. It also enables DirectX, OpenGL and all of the other goodies that make Windows best for gaming.

I have played several games on my Mac but the majority of PC games I play are games from around the year 2000 and are not demanding. For the sake of this article, I did run my Steam games through Windows 7 and managed to get 55FPS from Crysis, which I use as a benchmark. My MacBook Pro with retina display 2013" did get very hot during the process, but I tend not to play games on a laptop in the first place other than my old classics like Warcraft III and Diablo II.