Finally an end to NPAPI 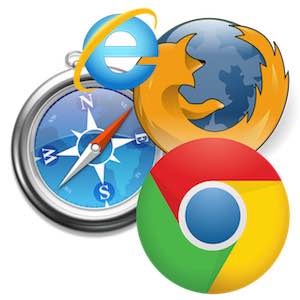 NPAPI or Netscape Plugin Application Programming Interface was the norm for a very long time in web browsers. It was a single standard that allowed all browsers to use plugins. But plugins have plauged the web for a long time too. One of the most well known plugins, Adobe Flash, had become pretty much everywhere, requiring users to download a plugin for the system. It used NPAPI. On top of this, plugins were cumbersome to develop and meant developers needed to know several in order to achieve the results they wanted. Now the web is finally moving away from a plugin interface to a much more standards based interface.

NPAPI was the interface (a set of methods which each plugin must implement) which all plugins complied with. This was originally developed by Netscape, one of the original companies to develop a web browser and Microsoft's competitor in the first browser war. Netscape developed many standards and one of them was this plugin interface that has left us in the messy situation we are in now.

NPAPI has been around for a long time, but last year was supposed to be the end of it. In 2015 Mozilla announced they had plans to drop NPAPI by the end of 2016. This was later brought back to March 2017. Chrome has already dropped NPAPI and did so in September of 2015, only after turning support off by default in April that same year. Google cited that it "has become a leading cause of hangs, crashes, security incidents, and code complexity" thus that the older architecture of it needs "to evolve the standards-based web platform". It's important to note that NPAPI is an architecture from the 90s when the web began to take shape and at that point we were using HTML 3.2 and lower. Since then HTML5, CSS3 and JavaScript have all brought huge improvements to the standards-based web.

Many plugins already exist that take advantage of NPAPI including Flash and the Java applet plugin. But both of these can be replaced by much more modern solutions.

By removing the NPAPI browser developers are encouraging standards. They are making it more difficult for those who develop these plugins to make them a part of the future. By doing this they are offering a safer web environment for everyone. They are also ensuring that there is no longer the complicated mess of choice that Netscape and Microsoft once supported through the NPAPI and that we live in a standards controlled environment where no one company owns the web.

A standards based website is the way to go and older websites need to update to catch up with standards. Nobody has time for these older websites that rely on these plugins now, they themselves are slow and ineffective and need to catch up.

Related posts
The best editors for the web

Is anyone else as excited about Chrome 76 as I am?