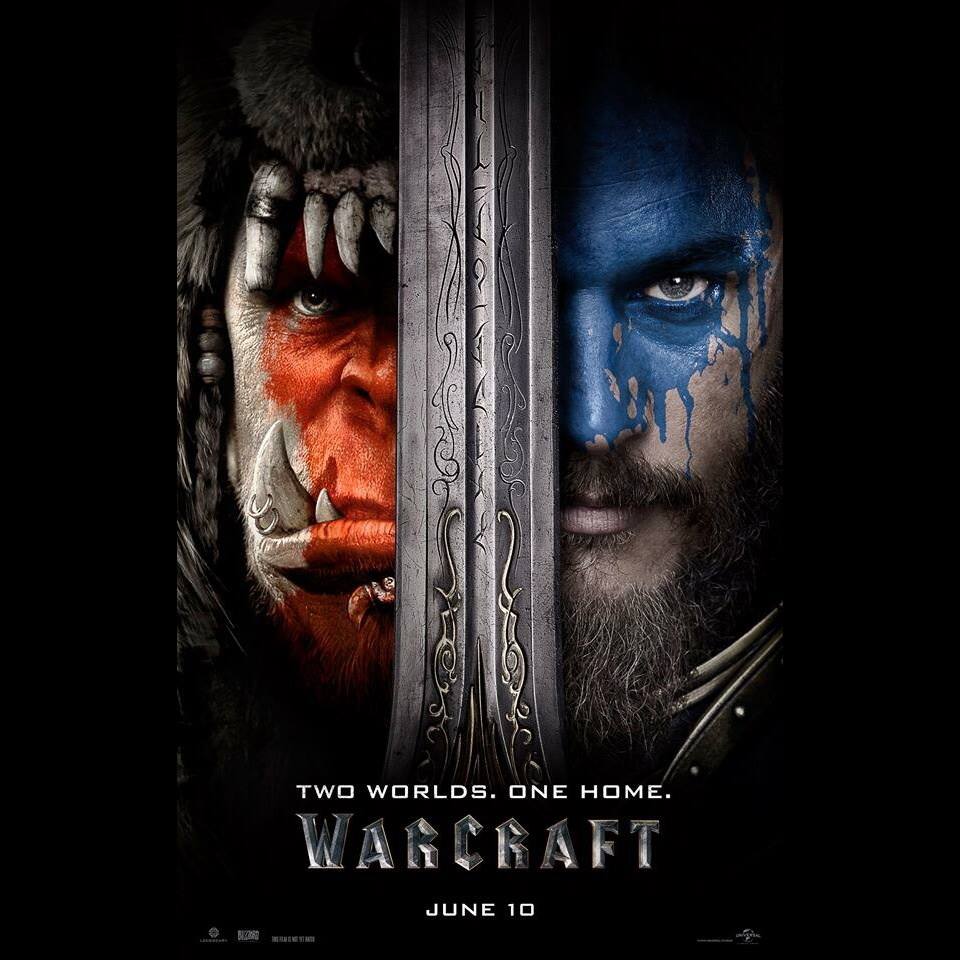 Let's be straight here, games do not always materialise into good films. There have been some badly received game to film adaptations such as Hitman 47 and Silent Hill: Revelation which all received poor reviews from the critics. Warcraft: The Beginning was no different.

Putting my fanboyism aside, I went into this film with the view that it would be rubbish and absolutely not to the Warcraft story I knew. Messed up, if you like. I believed that like many video game to film adaptations, this would be so untrue to the story in order to appeal to the wider audiences that it would forget us long-lived fans, that it would put aside the massive lore that surrounds Warcraft to make it more appealing. So I went into the film with a negative outlook on the film, saying just before I went in to see the film I would probably not be able to give it a good review, and after reading all of the reviews on it deciding that it was probably not going to be any good.

However, Warcraft: The Beginning is set in the time of the original Warcraft game, with a bit of World of Warcraft and Warcraft III thrown in. It works well. I'm not going to reveal the whole film and spoil it for everyone, but what really impressed me was the characters of the film were so true to what has been described in the games. Some of the characters include:

And then the places, many of them just made me so happy to see in the film, even if only in CGI, which by the way was incredible. Some of the places mentioned included:

I also think there was a mention of Draenor at some point in the film.

Consistency in the film was great, the likeness to the games was amazing and the story was very clear (I've read reviews by people who have never really played Warcraft, or at least don't have 20 years of experience in Warcraft, who criticise the story). I saw small things including the armour and the swords that bear resemblance to Warcraft III and Warcraft: Orcs and Humans respectively, which really impressed me as a fan of these games. The film was well laid out and in perfect order with the actual timeline of Warcraft and it was a pleasure to be able to predict what would happen next (not as in predict that he's going to move over there, but at least to know that Khadgar would do what he does for instance). In fact, this happened several times throughout the film.

The film was amazing, at least for me as a fan (and by the way, I'm a fan because I love the Warcraft games and lore, I wouldn't be able to say that if it weren't true). My friend who saw the film with me, who also happens to be a fan of Warcraft, also believed it was a really great film too (he can voice his opinion in the comments if he so wishes). I cannot express my love for this film and for the work that Blizzard Entertainment has made by ensuring this film met the expectations of a fan.

I feel that this film is one of the greatest films, if not the greatest, I have ever watched in the cinema. Many, including fans, will probably not agree with this, but remember, as a review this is a subjective decision. Since seeing the film, I've ordered posters of the film, as well as put the film on pre-order on iTunes.

My final words on this: this film is worth a watch, but only if you are prepared for it since many who have no idea what Warcraft is will find this confusing. The same goes for all those who think this is a Lord of the Rings-like film. I cannot believe I am saying this, but there were absolutely no criticisms for this film and it easily deserves a full 10/10.

All I can say is WoW! I cannot wait for the next film!