As many of you know, I'm an Apple fan that has simply spawned from my love of my Mac and as deeper integration between devices became a big thing, I began to move entirely to Apple starting with iPads, then iPhones (I've had iPhones for years but I've always tried switching from time to time and then realising that it's better to stick), Apple Watch in 2019 (after my very anti-wearable technology stance that I had stopped when I bought my second Apple Watch) and AirPods last year.

The spring event was very exciting and once again, Apple didn't disappoint. However, it wasn't all good. As someone who owns an iPad Pro I was slightly disappointed to see the M1 powered iPad but at the same time realise that it's not targetted at me anyway (but I do like to have all the gizmos and gadgets and Thunderbolt would have been amazing for me).

However, I will say that it's blurring Apple's own vision of a distinction between tablet and laptop/desktop computers. Apple has always said that they would never merge iPad and Mac devices and would never unify the operating systems and whilst they haven't done this yet, and they may never do, there is one particular area where Apple's latest iPad breaks everything and that's the MacBook Air. 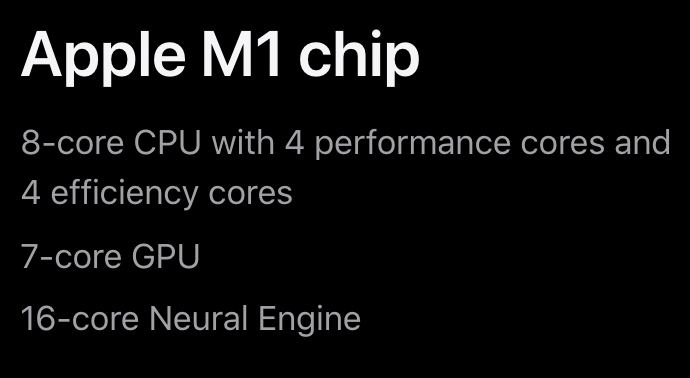 As I pointed out in my review of the MacBook Pro M1, the fans are almost impossible to ramp up to any speed at all, even when I'm working outside in the sun. I also pointed out that the MacBook Air has no fans in it at all whereas the Pro does, and for the majority of people (including me) the MacBook Air would be a more suitable computer system because other than that the systems are practically the same.

But now that iPad Pro has the M1 with better performance than the Air which then suggests that those who are looking for an entry-level system in the Apple M1 ecosystem could look straight to the iPad Pro rather than the Air and those who will need that extra performance brought on by the MacBook Pro's thermal capabilities, would only need to think about getting a Pro, not an Air. That then leaves the Air in a place that doesn't really exist other than for those wanting to get a decent yet cheap Mac running on macOS.

AirTags look good, as you would expect, and what astonished me the most was that the batteries are replaceable which isn't available on all models of Apple's biggest competitor - Tile. This is surprising since Apple seems to be going the opposite way (along with the rest of the industry) and removing user-serviceable components.

The biggest criticisms for me are that the tag has no option for sticking it to something. Another thing is the lack of choice with them since there's not even one with a carabiner attached to it, and even if Apple did decide to release something like this, based on the price of some of the accessories for them (or cases) I would expect them to be priced ridiculously anyway.

Since it's Apple nothing is cheap, but in comparison to Tile's offerings, they are priced at a similar level which is surprising.

It's good that Apple didn't give up on TV a few years ago when it was next to nothing since they have only just made it worthwhile by bringing it to several existing TVs, Macs, iPads and now to other TVs with the Apple TV 4K. The ATV4K is a welcome update to the older model which hasn't been updated for quite some time.

I saved the best to last since I think the new iMacs are exactly what needed to be done with the iMac, apart from a few minor things.

The much slimmer design and smaller bezels have worked very well in this design and fit with the design of the iPad Pro with the curved edge (which I really liked on the iPad Pro).

But. And this is one of those things where I cannot understand what happened at Apple when they designed this. I can understand it with the Mac Mini, but why does it have the same processor as the iPad Pro, MacBook Air, MacBook Pro and Mac Mini? Why didn't it get some like an Apple M1X or M2?

Another criticism of the new iMac is once again down to the fact that like everything Apple works to achieve, they aim to garner awe in their products by announcing stuff such as the "the world's most advanced operating system ever" or "the most powerful phone on the market". In the case of the iMac they wanted to shrink the whole computer down so much and by making it thinner had to reduce the size and placing of the motherboard. Thumbs up on this one to Apple for making the board smaller, but thumbs down as a result of moving the board down to make the system slimmer and smaller, they have added back the 'chin' design of the iMac. And the worst bit of all, where's the Apple logo gone from the front of the iMac?

I will say though, I think I will, or, at least, my mother will end up buying one of these (my mother still has an iMac from early 2009 and it still runs fine but it's a bit chunky). 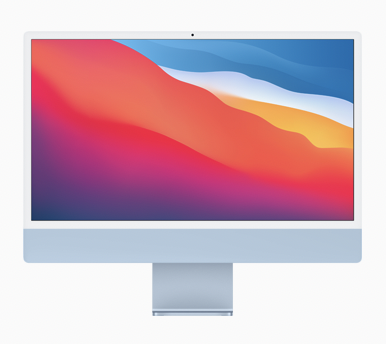