I'm so impressed by the power and features that version 2.4 (Ben Lawers) brings to the table compared with version 2.3 (Schiehallion) just under a month ago. The whole engine has been redesigned to take advantage of the object oriented design that came to BalfBlog when it went by the name of the JBlogs. The redesign makes BalfBlog easier to develop at a very small cost to performance. It makes other things such as dealing with Ajax so simple that it's not even worth considering it a separate part of the system. It integrates so much very seamlessly that you wouldn't know it's changed, that is unless you are a developer.

2.3 didn't care about developers the way that 2.4 does. Everything is developed in the most object oriented way it can be. Inheritance has become a staple feature of BalfBlog with the latest release and inclusion is no longer the only way to get run things (this doesn't need to make sense to you, but developers who fiddle with BalfBlog will understand).

A new templating system brings so much in terms of performance and easy of use. It also moves even further from the limitations on the content that were the key aim that BalfBlog aims to improve. Emails recently got put into the standard templating system, which is set for a complete renewal in 2.5 (I aim to improve the efficiency considerably by writing a new templating language).

Since I've now got full approval to include FileManager in BalfBlog, 2.4 will now include it by default and there will be no option to switch it off. However, as this is a new addition, it may still be limited in features until I've got it perfected. 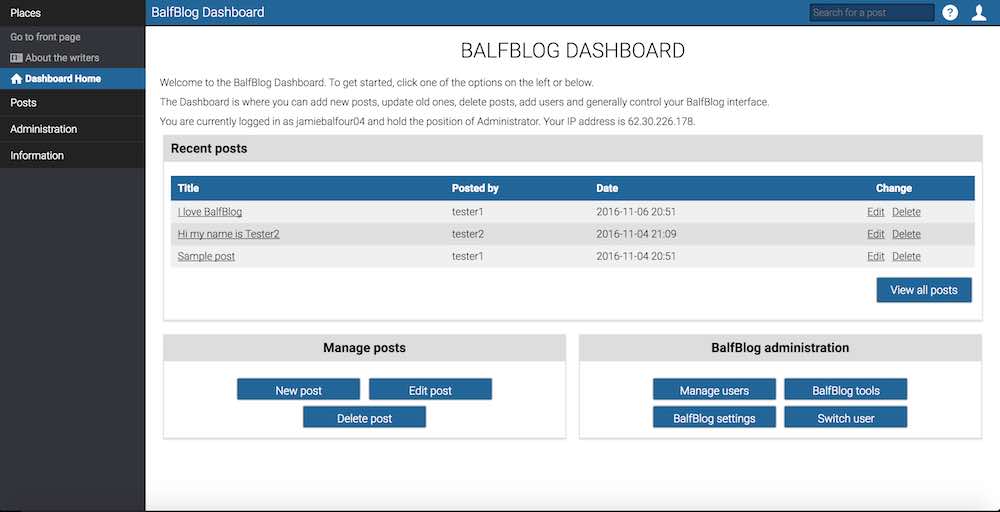 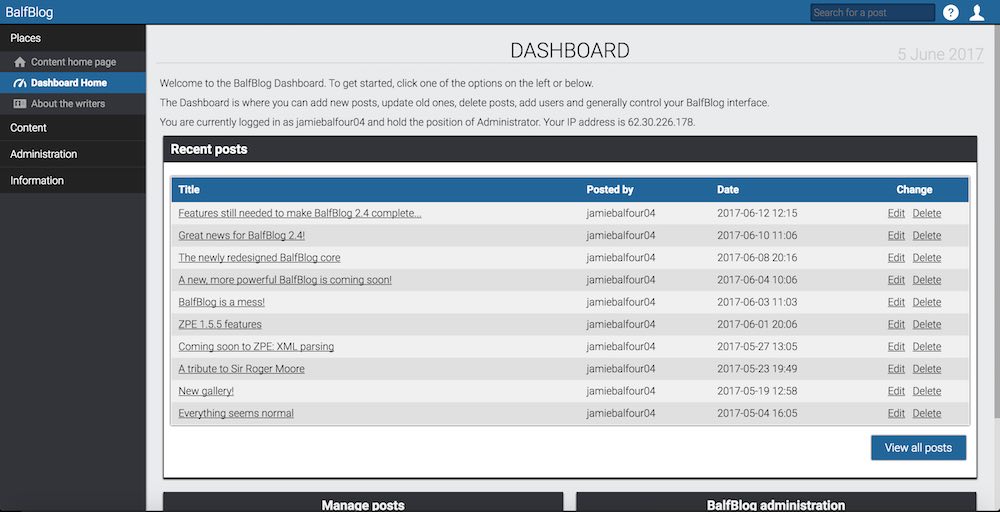