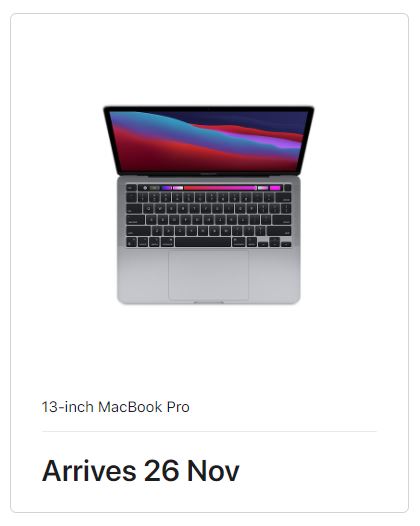 It is at long last that Apple has announced its own silicon will be used in the next range of Macs. The Apple M1 was announced today as Apple's first in the line of successor CPUs to the Intel range they've used since 2006 (I still remember the day back then and I wrote a little article in Microsoft Word so I could remember the day).

As a result, I of course had to be one of the first owners of these new machines so I ordered it straight away. This new MacBook I've ordered comes in the form of a MacBook Pro (though I was very tempted by the Mini as well) to replace my 2013 MacBook Pro 15". I wanted a 13" again this time since I wanted the portability again.

I am really looking forward to reviewing this machine and hope that it is everything I had hoped for!