The title of this article should pretty much summarise the entire the document. It was only a 15 month old OCZ Agility 2 120GB solid state drive which I purchased for £180 when it broke down. The drive was no longer being recognised by Windows or the BIOS. In fact, the NTLDR application was nowhere to be found which suggested that the drive was totally finished with.

To buy or not to buy? 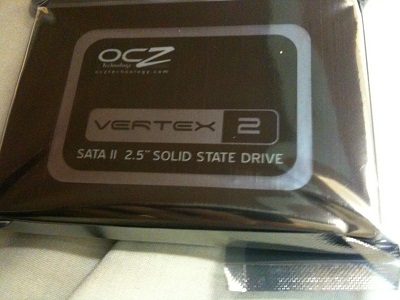 So here I am in a dilemma; whether I should buy a new SSD or a new HDD to replace this current flawed SSD. Well I opted for the more expensive option as I do and went for a new solid state drive.

I've had no problems with my notebooks solid state drive which is an OCZ Vertex 2 120GB and so I felt that I'd go for a 2.5" drive instead of a 3.5" and use an adaptor to ensure it works in my desktop computer. So I went out and bought my third solid state drive - not something I'd hoped to have to do so early, but I did.

Now we come to my favourite part of this document, why? Why would I purchase another solid state drive after the previous one just failed like that?

The answer is the performance gain. I just love the fact that my computer starts in 35 seconds as opposed to the measly 65 - 75 seconds that it could get with my previous Western Digital VelociRaptor drive - which I must add is one of the fastest kind of hard disk drive that you can get (albeit this was a 2.5" version) - it has now managed to become my external hard disk drive for my notebook.

I still feel that although I have spent about £500 on SSDs and about £200 on hard disk drives in the past 12 months that they have been worth every penny. Some can call me mad buying a new SSD after it failed like that. Many others will feel inclined to disagree with the idea, but my support for SSDs now is much stronger than it was a few months ago because of the performance gains.

However, I can only vouch for the SSD because I don't lose anything if it fails as I only use the solid state disk for the installation of the operating system and the application software that I will be running on the computer rather than storing anything important on it. Hard disk drives are much more reliable for their data storage, but more than likely to fail at a random point which is why I stress the importance of backing up to another hard disk.

New comment
Reply
Powered by DASH 2.0 (beta)
Scan and keep for the latest article or review every time!