Is the sun finally Ryzen for AMD? A look at how AMD has changed. 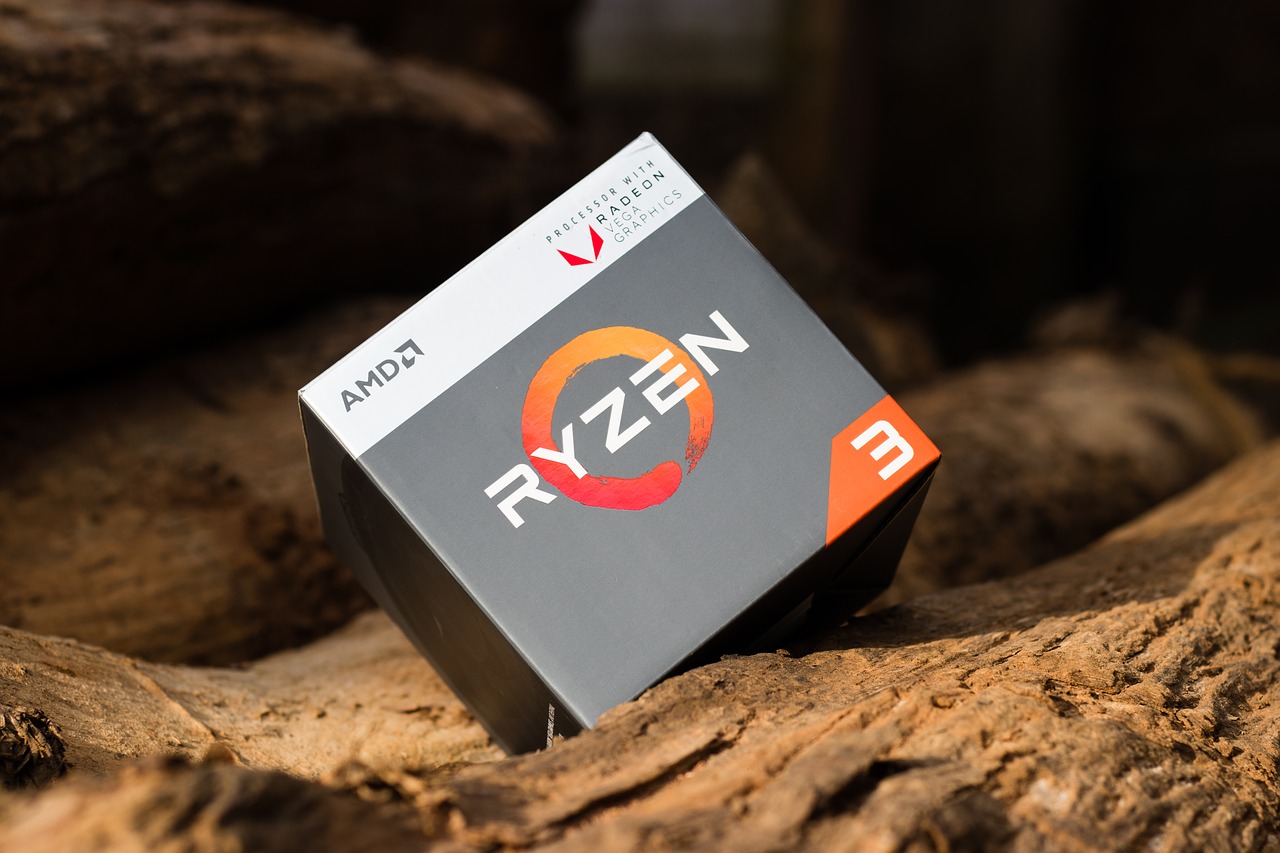 AMD has always been, in my opinion, the less significant processor manufacturer compared to Intel, yet the lesser of the two evils with a more consumer-based product range. I've owned just one AMD CPU based computer in the past, an AMD Turion 64 X2 based HP laptop. This laptop was fine for the most, it had a decent battery life of about 3 hours which back then was difficult to achieve and it was released just a bit before the Core 2 Duos that would come to laptops shortly after it. In terms of performance, this machine was pretty good, but the biggest problem was the heat.

Many of you will know, I was interested in computers from about the age of seven or eight years of age, so when I started looking at books on computer technologies as a kid, I got very curious. When I was about seven (1999) years of age, I asked my dad why we didn't have an Intel Athlon computer. He replied, we did, a computer in our study had an [AMD] Athlon that ran at 700MHz. I never saw that computer until one time my dad was clearing out the study and moved the computers out (there were about 10 odd computers in there, ranging from 300MHz Celerons to big Pentium III machines). He put the Time machine with the Athlon in it out into the hall outside of the study. I was curious about the back of the machine because there was a DVI port which I had never seen, as well as a FireWire card in it and I had never seen such a port (this was when I first got introduced to FireWire, one of my favourite connections for a long time). I noticed the sticker for the AMD Athlon CPU inside and asked about the specs of the machine more and more and finally got to the point when my dad said it was an AMD Athlon, and I was confused. Why is it an AMD Athlon, not an Intel Athlon? My dad told me that it was because AMD also made CPUs and that this computer had an AMD Athlon.

I was intrigued by all of this. In fact so much so that I compared it with our first Pentium 4 machine (1.2GHz) and noticed that the AMD performed better than it, even though it was only running at 700MHz. Why was this I wondered? How was an Athlon better than the Pentium 4 which was all the rage? 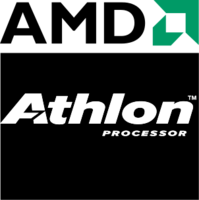 The next few years for Intel are often considered their worst years. AMD beat them to get to 1GHz. The Pentium 4 was at best, a buggy piece of junk that overheated and was outperformed by lower clocked Athlons. In general, it looked bad for Intel. For instance, an Athlon XP 2200+ computer I have, rated at 1.8GHz, would outperform a 2.4GHz Pentium 4 Northwood I have. Not only that, the Pentium 4 gets extremely hot even after just a few seconds of use. It was a dreadful time for me too. I bought a Pentium 4 laptop (not the same one that I used in this test) for £900.00 in 2005 during the hype of the Intel Pentium 4 with the hope that it would be a powerhouse of a computer. It was equipped with 128MB of shared graphics memory too, so it wasn't lacking on that side of things either. As well as that it had a 3.2GHz Pentium 4 chip. I'm talking about my Compaq Presario R3460 laptop. This thing was a beast on paper and I was only swayed at the last minute from a Toshiba Satellite because it went out of stock.

AMD was way ahead at this time. AMD had Cool'n'Quiet technology in their desktop CPUs and PowerNow! was also in their mobile range. 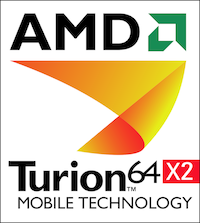 So what happened to AMD? It was down to Intel's revolutionary Core Duos, really. The Core Duos were the first true dual-core CPUs and were no longer based on Intel's NetBurst architecture. Unlike their predecessors, the Duos were based on the Pentium III architecture (formally known as the Intel P6 architecture) and were exceptionally power efficient (due to shorter instruction pipelines) and performed better than their predecessor. AMD really struggled to keep up with Intel on this. Their Turion range was released as one of the first 64 bit mobile CPUs (since AMD did actually develop the 64-bit instruction set amd64, AMD were pushing this more than Intel). It was their first real thin and quiet CPU but was laden with issues to do with temperature and battery life. Laptop computers were also becoming far more popular than before, with designers taking more time to make them more attractive whilst also cheaper.

Things went quiet for AMD until they started to have moderate success with their Phenom range of desktop processors. AMD bought ATI Technologies for their graphics processors in 2006, a good move in my opinion as it secured AMD as the second-largest manufacturer of graphics processing units. AMD's success in graphics continued for the years leading up to the Xbox One when AMD was asked to develop the whole chipset for the console - both the GPU and the CPU. Sony followed shortly after. Nintendo's support for AMD continued until 2017 when they made the switch to Nvidia for the whole chipset in the Switch.

Until recently, AMD had been struggling with their CPUs and had always been in the background for gamers. But the sun is now rising for AMD with their new Ryzen architecture and for the very first time in over 10 years, I am thinking that AMD's CPUs may actually have the upper hand on Intel, who appear to be struggling with fabricating the next generation of CPUs.

AMD seems to be doing well with Ryzen. Perhaps their marketing is a bit more targeted at gamers is what is doing it, because I don't see Ryzen being a huge hit immediately with the business user.

AMD may finally be pushing Intel. AMD is able to mass fabricate 10nm based CPUs with their Ryzen range whilst Intel still hasn't achieved this. But the big question is trust. Back when Intel produced the horrid Pentium IV, AMD saw very little improvement in their sales despite an AMD Athlon at 2.0GHz outperforming an Intel Pentium IV at 3.2GHz. This should have been a time for AMD to really get the upper hand on Intel, but they didn't and that was most likely down to trust, the same kind of problem I have these days with AMD. Can I trust the AMD processors when I've got a 5-year-old MacBook Pro and a 5-year-old gaming PC, both powered by Intel, and run just fine. Can I be assured that an AMD CPU would actually last, unlike the previous one I owned? These are just the kinds of questions that deter me from purchasing an AMD CPU.

Brand loyalty is a strong and wrong word for describing what I have towards Intel's CPUs because it doesn't just come to that. Nope, I trust Intel not as a loyal customer, but more as a customer who knows that they make great quality hardware that just works. I also believe AMD makes good hardware, particularly their GPUs, but as a comparison Intel makes better CPUs, at least today they do anyway. Like I say, it's a real shame I feel this way because I'm sure the Ryzen CPUs work just fine, it's just a trust issue.

So tell me, what do you think? Is AMD finally getting the upper hand?

It's funny that two and a bit years later this is still the case and that Intel still hasn't even achieved 10nm fabrication. Things have changed a lot since then however with the shortage of semiconductors and the introduction of Apple's own silicon in the form of the Apple M1. Intel must really be going mad with all of these problems they've got!

I've definitely ditched my loyalty to Intel and will be sticking with AMD for the foreseeable future.