A tribute to Steve Jobs 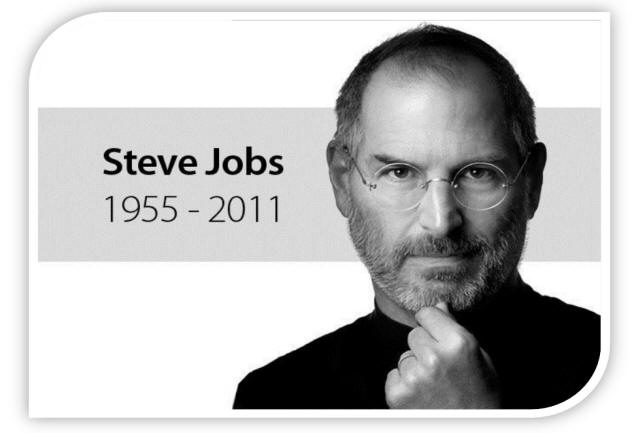 When I found out that Steve Jobs departed this world on the 6th of October 2011 (UK Time), I was devastated beyond belief - I just did not expect it so suddenly.

Jobs was a man who inspired many as well as brought lots of successful products to the world - products which ultimately have changed the way we live.

Apple were a tiny company up until about 2000 when Steve Jobs returned after being outsted from the company he created and loved. Since 2000, Apple has released the iPod, a range of amazing Mac computers, the iPhone and the iPad as well as many more products. Each of these products has been remarkable in it's own way.

Without Steve Jobs, Apple may never be the same.

I'm looking forward to the future products, but sadly without the amazing influence that Steve provided. There is no doubt we'll miss him. But he will live on.

Posted by jamiebalfour04 in Technology
steve
jobs
apple
Comments
Powered by DASH 2.0 (beta)
Scan and keep for the latest article or review every time!