When I was 13 years old back in 2005, I began work on a project called Fusionscape. Fusionscape was a bunch of software I was making separately stuffed into one program. It became messy and the software eventually broke free. As a result, Cobweb, Data Project, Painter Pro, Record Checker, Wonderword, VUEBB and much more were born as seperate programs. 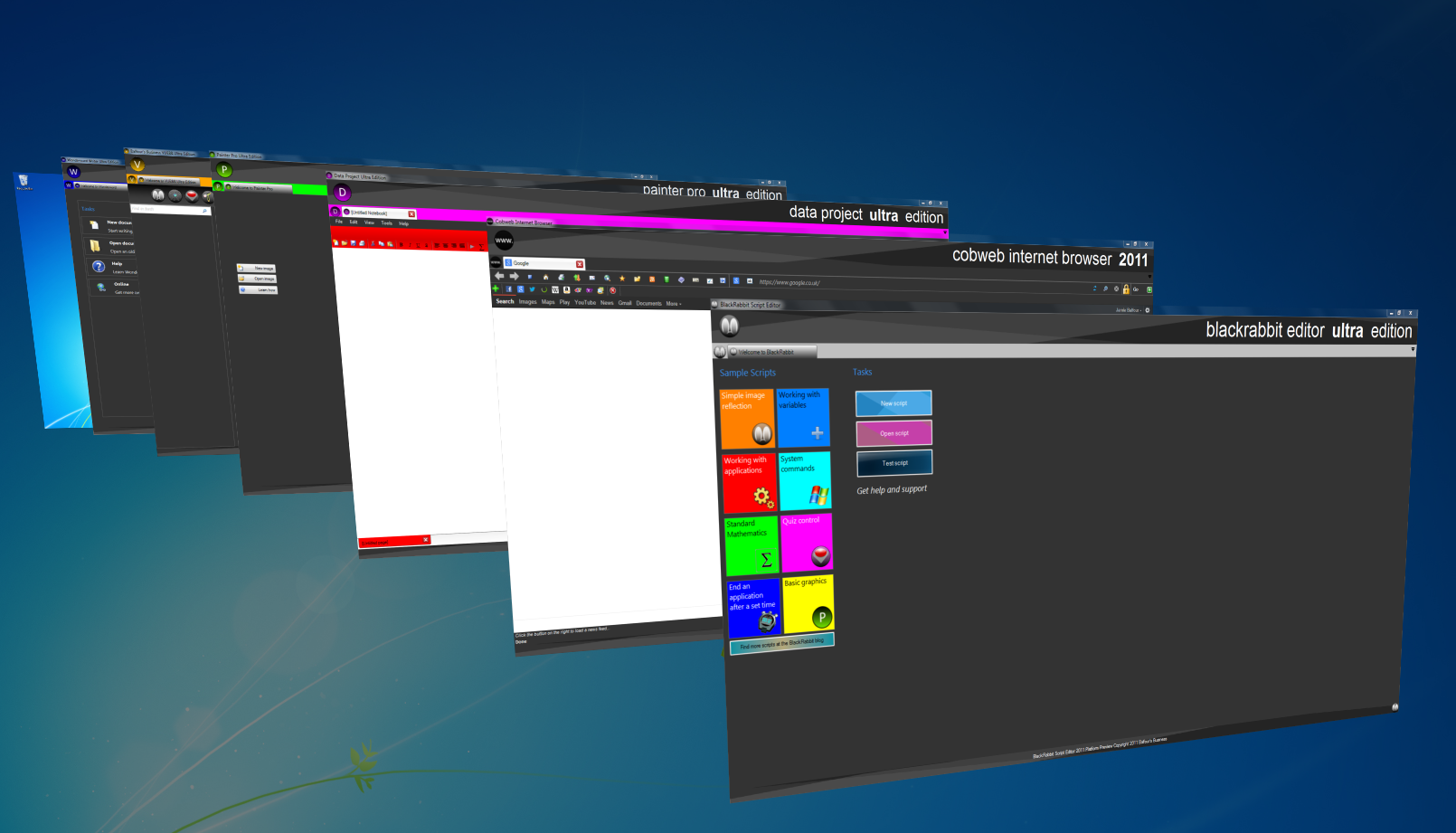 These programs were written in VB.NET but with a C# library (BBCL) that powered them.

Just after turning 19 in 2010, I decided to finish off BlackRabbit Script's formal specification and started to work on it. By mid-2011 it was a fully fledged programming language but needed serious work to make it competitive.

By mid-2013 I was more of a Mac user than a PC user. The result was I spent more time on Linux and Mac OS X than Windows. .NET software became less appealing to me and I decided to give Java a go as my daily driver. I really got stuck into what Java could do and learned it exceedingly quickly (I probably mastered the language in two weeks).

In January 2015 I rewrote BlackRabbit Script in Java. The port was easy enough to do since C# and Java have similar syntaxes and conversion didn't take me long. After a short period of use BlackRabbit Script was dropped and a new language was under development. In May 2015 I began to write the Zenith Parsing Engine (which was up to twice as fast at parsing code and compiling it than the BRS Engine) and ZenLang (which at first was a superset of BRS) which eventually became the ZPE Programming Environment and YASS respectively.

When high-DPI displays came around, because WindowsForms was no longer kept up to date, scaling issues presented a major concern for users of the software I freely created and I saw a decline in users within weeks of the release of Windows 10.

It was in 2015 I decided to make my sole software focus on ZPE and YASS and my main web focus on the Web Independently Styled Project.

The programs that made this Elements Suite were: